5 Pakistani artists who have made Bollywood their home 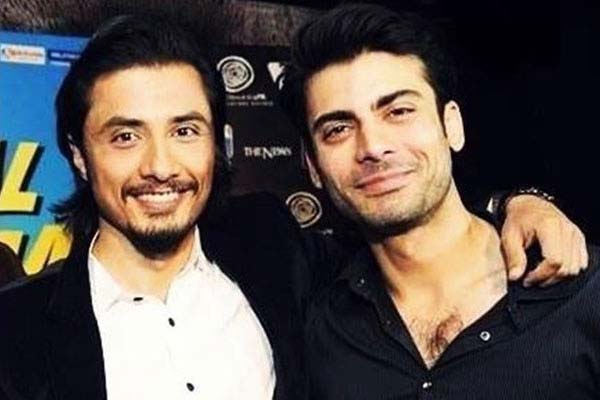 As per the statistics circulated, about 10,000 youngsters come to Mumbai every day in hopes of making it big in Bollywood. While many big shot starlets in the industry are imports from neighboring countries like Sri Lanka, Hong Kong and elsewhere, a number of artists from Lollywood aka Pakistan’s Film Industry too have been joining the Bollywood brigade of late! They are touted to be the most-bankable options by the filmmakers, comprehending by their popularity in India. And going by the talent of these artists, they are sure giving Indian talent a run for their money.

Here’s a list of Pakistani artists who have made Bollywood their home:

The Bhatt camp sought Humaima, the highest paid Pakistani actress, to star opposite Emraan Hashmi in ‘Raja Natwarlal’. She garnered limelight and has now signed a three-film deal with Vidhu Vinod Chopra. She will soon start shooting for the first film of the deal, Chitthiyan.

Another Pakistani actress who created ripples with her debut in Bollywood is Sara Loren. Although her debut, ’Kajraare’, bombed at the Box Office, she had many offers waiting for her. The actress went on to act in Bhatt camp’s ‘Murder 3’ and will soon be seen in an item number in Welcome Back.

Atif Aslam, the actor-singer of Lollywood became a sensation in B-town after he was heard in songs like Tere Bin, Woh Lamhe, Pehli Nazar and more. Though he is yet to make an acting debut in films, he is already one of the most-sought-after singers of B-town!

Sun Re Sajaniya got Ali Zafar the right amount of limelight. He was soon seen in a satire Tere Bin Laden, following which the actor soon went on to sign big banner films like YRF’s Mere Brother Ki Dulhan alongside Imran Khan and Katrina Kaif.

Fawad Khan became a member of every Indian household with his daily soaps that were aired on Indian channel, Zindagi. Fawad’s rugged look and brilliant acting made him a Superstar overnight as he debuted in Bollywood with Sonam Kapoor-starrer Khoobsurat.